A downloadable game for Windows

If you enjoyed this game,  please consider donating!

"Who're those people in your house?"

Oh, Puppis, did you leave the front door open again? You leave for not even an hour and come back to find stranger-danger everywhere! You'd better get them outta here before your mother comes home, or else it's no snack time!

Puppis is a young, rambunctious girl wielding both sword and spell. Choler acts like her mean older brother, but is actually her magic brought to life as her shadow. Together, they're marginally less hopeless than when Puppis was alone.

Every battle matters.
There are no random encounters.
Each enemy is unique (and weird).

Puppis
Puppis is a silly kid who often acts spontaneously and light-heartedly.
She's gullible and easily-distracted, but she tries to please her family (usually).
She is homeschooled by her mother in both academic studies and combat,
and dreams of one day being a world-class spellblade.
She may have a few screws loose, but she's our heroine.

Choler
Puppis' magic manifested in the form of her shadow.
He's considered part of her family, and often as Puppis' grumpy older brother.
He's one of the smarter and sterner people around, and he has little patience for silly people. That's probably why he's so often annoyed with his family.

Umbrial
Puppis' bookish older sister.
She tries to be patient with Puppis, but you don't realize how hard that is.
She works at the local store that sells weapons, clothing and magic items.
She's among the more serious members of the family.

Carina
The mother of Puppis and Umbrial, and indirectly, the mother of Choler.
She's a prominent figure in the world of magic science,
but when she's not working she homeschools Puppis.
She's a little eccentric, but that probably explains Puppis.
She hopes that her children will also be active figures in rebuilding the world.

Piffle
Carina's magic manifested in the form of her shadow.
She's a nervous type who's quick to panic.
She prefers to stick around Carina, but is often left home.
She acts as a sort of aunt figure to Puppis and Umbrial.

Besotte
Puppis and Umbrial's stepfather.
He tries hard to be a good dad and earn the kids' love, but he's just too stupid.
Ask anyone, they'll tell you.
He likes to consider himself an idea-man, but that isn't really working out.
He is very tolerant however, and doesn't mind Puppis' antics.

Liffely
The spazzy protagonist of a game that has yet to be made.
She's nice and well-intentioned, but she's also a total flake.
Because of her flakiness, she's been captured by the local sub shop,
and is forced to work as "premium sub artist".

The World
Ah, the world.
Since the 100 year war between warriors and spellcasters ended, what remained of the world became unofficially known as "Everythingburg".
The war laid waste to much of the world. Structures, society, even the global economy was mortally wounded. But now that there is peace, spellcasters and warriors live together, as one unified group of semi-civil people.
Many businesses struggle to stay open, but there is hope that the economy will arise like a filthy phoenix made of money, and civilization will regrow better than before. 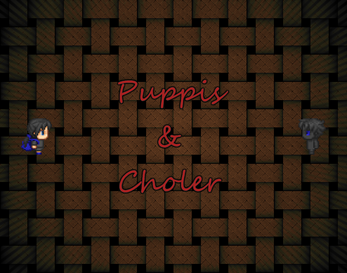 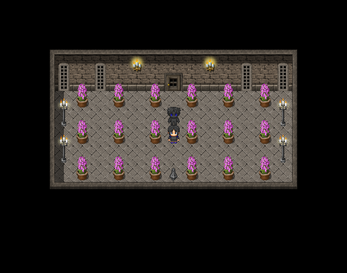 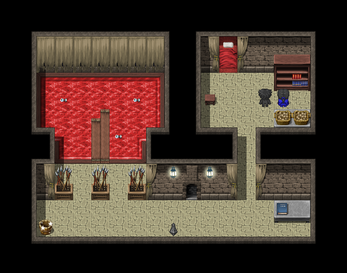 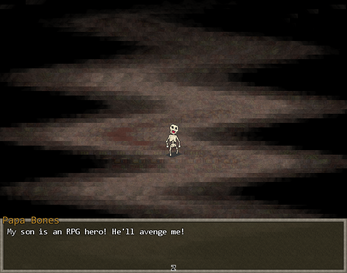 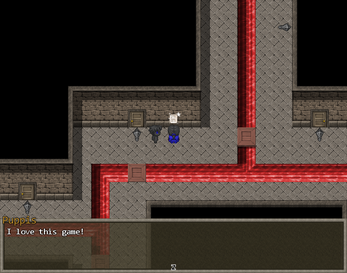 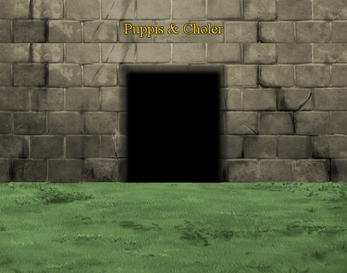 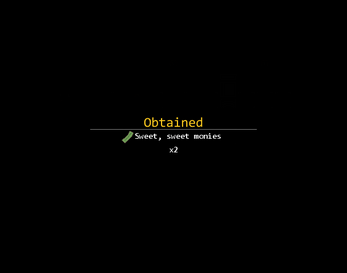 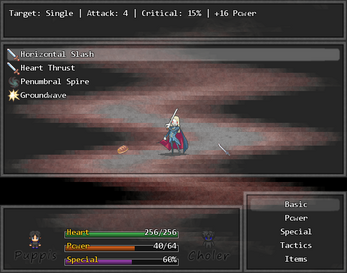 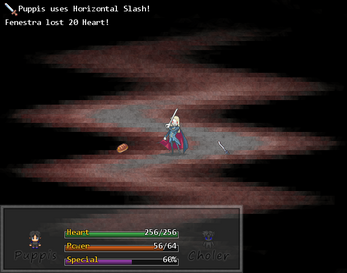 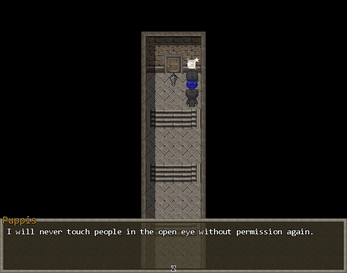